The prevalence of diabetes mellitus is estimated to be about 1 in every 11 people in the United States.1 Hyperglycemia in diabetic patients disturbs the delicate neurological cascades in the gastrointestinal (GI) system. Microvascular damage in the myenteric plexus in diabetes further exacerbates the neurological balance.2 The neurological balance often results in esophageal dysmotility, gastroparesis, diarrhea, constipation, and fecal incontinence. Gastrointestinal complications worsen postprandial glycemic fluctuation. Therefore, diabetes and its GI complications are chained in a loop, perpetuating each other.

Gastroesophageal reflux disease is also a very common disorder, with prevalence of approximately 1 in every 4 people in the United States.3 Intestinal motility dysfunction in diabetes predisposes patients to the development of GERD. As a result, diabetics are 1.25 times more likely to have GERD than the general population. Therefore, improving the awareness in the association between diabetes and GERD is critical in modern day practice.

A known complication of GERD is short esophageal strictures, under 2 cm, that can be managed with acid suppression therapy or endoscopic dilation.4,5 Herein, we report a 27-year-old diabetic who developed a 6 cm peptic stricture from GERD. She underwent partial esophagectomy.

A 27-year-old brittle diabetic female presented with 3 years duration of worsening dysphagia accompanied by nonbloody vomiting and severe malnutrition. These symptoms persisted despite multiple dilation procedures with mechanical balloon and push dilator (Savary—Gilliard dilator). Her medical history was significant for type 1 diabetes mellitus complicated by gastroparesis and multiple episodes of diabetic ketoacidosis. She also suffered from GERD for the past 5 years.

At the time of admission, her height, weight, and body mass index (BMI) were 155.4 cm, 32.2 kg, and 13.3 respectively. Her hemoglobin was 7.7 g/dL and prealbumin was 8.7 mg/dL. In the view of severe malnutrition, a jejunostomy tube (J-tube) was placed for enteral feeding. She tolerated J-tube feeding well.

A stricture at esophagus 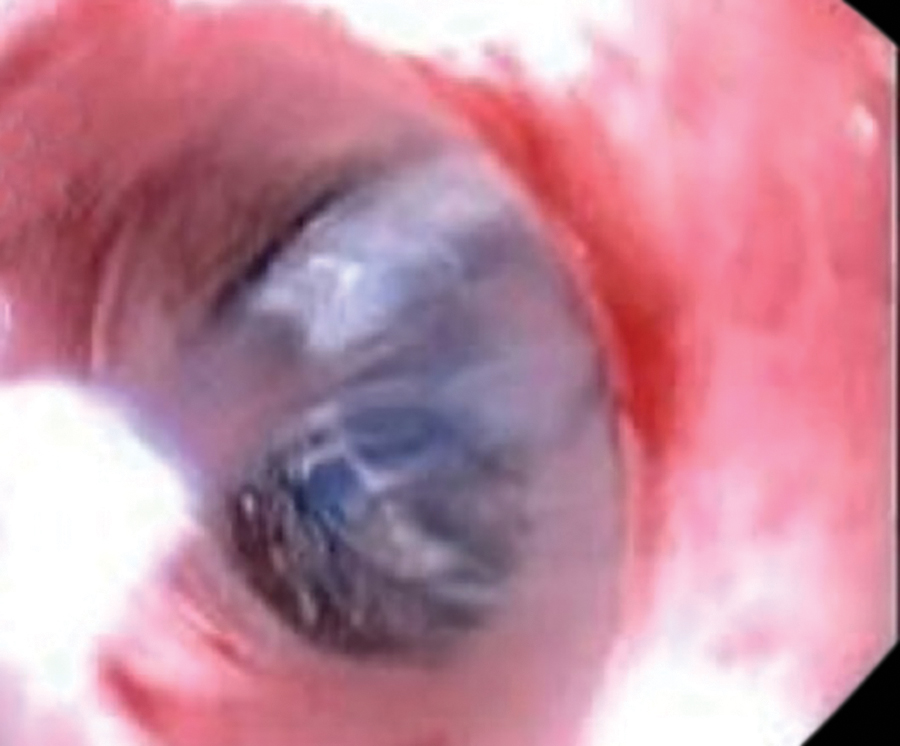 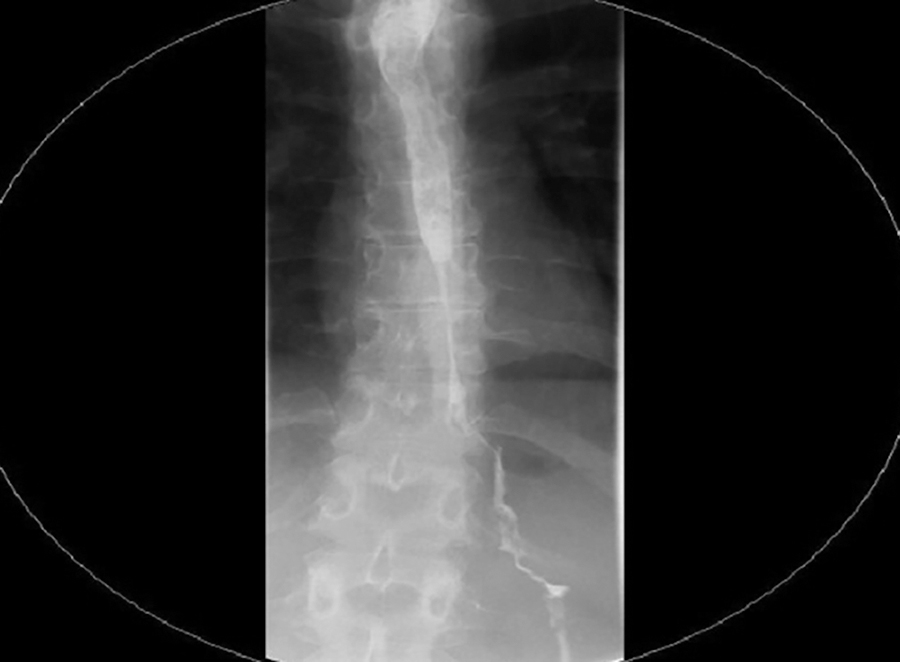 Since dilation procedures failed to resolve the stricture, McKeown esophagectomy was performed through combined abdominothoracic approach. During the operation, a tremendous amount of scarring was identified in the periesophageal plane. The thoracic segment of esophagus, and fundus, cardia, and body segments of stomach were removed. Visual examination of the esophagus revealed deep mucosal erosion extending down to the muscularis propria with associated granulation tissue. The mucosa within the stricture site had an ulcerating hemorrhagic appearance. Pyloroplasty was also performed given her history of chronic gastroparesis and diabetes, increasing the likelihood of severe postoperative gastroparesis.

She had uneventful postoperative recovery and was discharged on 20th day of hospitalization. After discharge, she gradually transitioned from tube feeding to oral feeding over 1 month. At present, 1 year and 2 months after surgery, she is tolerating oral intake. Her current BMI, hemoglobin, and prealbumin are 14.5, 10.9 g/dL, and 9.6 mg/dL respectively.

First line of management for esophageal stricture is acid suppression therapy using proton pump inhibitors or histamine antagonists.4 Alternative conservative management is dilation procedure using push or balloon dilators. Push dilators can be either weighted or wire guided. The mostly widely used push dilator is the polyvinyl tube (Savary—Gilliard dilator). Balloon dilators can be passed through the scope or wire guided.6 The atypical peptic stricture in our patient was refractory to both acid suppression therapy and dilation procedures.

In summary, we presented a case exemplary for successful management of atypical and refractory stricture in the esophagus of a diabetic patient. As diabetes and GERD are very common diseases, it is critical for clinicians to be aware of their association. Left untreated, esophageal strictures can cause esophageal perforation and malnutrition. Thus, timely and proper treatment should be provided to patients presenting with esophageal strictures.

Gastroesophageal reflux disease can cause severe long esophageal stricture in a brittle diabetic.